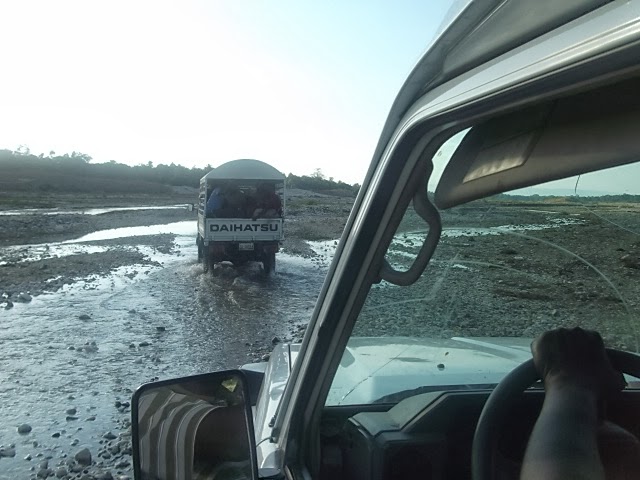 Today we traveled to Fayette, a village on the riverbed. Through dust and rock we drove onward to see our newest group of patients. Those who have been on our medical mission before have been to Fayette, but all seemed equally in awe of the drive. It is the end of the dry season and we were therefore able to literally drive on the riverbed since it will be dry until the rains. People were out washing their clothes and bodies in the little water that trickled through. Goats and donkeys were tethered to rocks in the midst of the great, rocky expanse. You can imagine what it would look like full of water, but, at the same time, it is difficult to fathom what will happen to the people on the other side of the river when the water returns – there will be no way to cross. The other side of the river is where our clinic was today.

Our flow was much better today due to both our space and the set up. We were in the Catholic Church. On the walls are numbers for the Stations of the Cross, but no pictures to accompany the numbers. It was unclear whether they ever had pictures or if the numbers are where they’ve always stopped to pray. It seemed fitting that the pharmacy was set up in the chancel beside the altar. The place where the people go to receive the sacrament of our Lord’s Supper, today became the place where our brothers and sisters in Christ came to receive the gifts of medication to aide in their healing.

I am here as a chaplain. While the healing prayers I offer are not sacraments, they are sacramental. I sit to the side where I can watch the ministry of my colleagues as they diagnose, listen, and lay hands on our patients. Marissa calmly ensures that the balm we offer is the proper dosage, and all of us try to live into our baptismal covenant to respect the dignity of every human being. 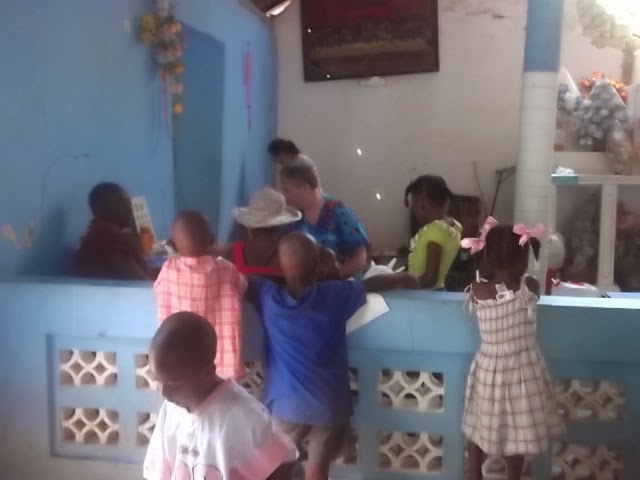 In the afternoon as I went outside to pray with some patients John the Baptist appeared before me. His hair was matted and dusty, he wore oversized-baggy cargo shorts that barely covered him and looked more like a loin cloth than shorts. He walked with a wooden walking staff, carried a dirty, empty bottle for water and a disheveled sack with all of his belongings.  He came to me clearly complaining of head pain. I struggled to explain that I was not a doctor. My translator told me that this man was an “imbecile” and we “didn’t need to waste time on him.” I insisted that all people could see the doctor and walked him over to the check in area. The translator at intake also tried to tell me that this man was “sick in his head” and didn’t need help but I insisted that all people would be seen. The translator was then very kind and helped me calm the man so he could wait.

Yesterday we treated two developmentally delayed patients who were originally turned away because they were “imbeciles” and had no need for the medical care we offered. With the help of many colleagues we made sure they were seen. These encounters broke my heart knowing that the daily lives of these people are filed with occasions of disrespect and ridicule. These experiences also beg the question: What would we do if we literally encountered the saints of our scriptures without knowledge of who we were meeting? The bible teaches us the John the Baptist was a disheveled character who did not fully fit in society. Would we accept the baptism of John if he appeared to us today? 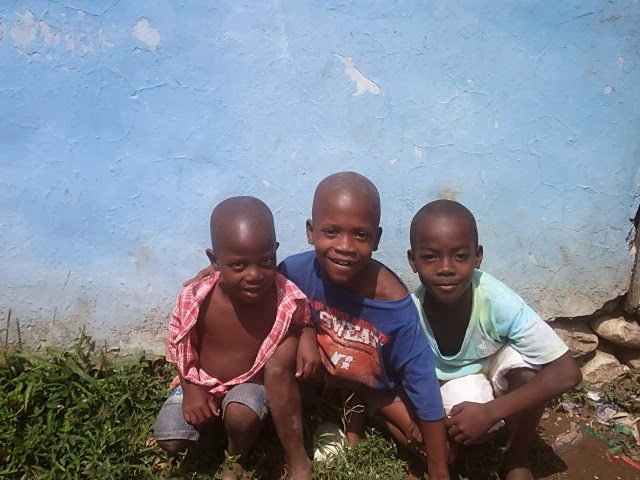 s “baptized” today. The other patients laughed as I insisted we treat him. Our patients inside of the “clinic” space shuddered as he passed. But our doctors embraced the man and listed to his rambling to make sense of what ailed him. After his check-up he was brought to me for prayer. Immediately, he dropped to his knees, shed his baggage and bowed his head. I laid my hands on his head and prayed that God might fill him and heal him. But he is already full of Christ. He knows and loves the Lord more than I could ever hope to know Christ.

Jesus told us to let the little children come to him and it has been demonstrated that children often have greater faith development than many of their adult counterparts. Children have an innate ability to trust and know the Christ that is in front of them. Developmentally delayed individuals share in this innate ability. This man, our own modern-day Haitian John the Baptist, was a faithful exemplar of Christ in this place. My prayer for our team is that we might find the strength to discover a personal faith nearly as radical as our “Baptist” exhibited today.