I’m an atheist. Enjoy your wine. 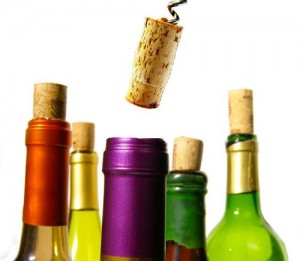 I was at the wine and cheese store the other night picking out a bottle for a friend. I asked the girl behind the counter for help since, let’s face it, I chose for the pretty labels and know nothing about what is inside. We were having a joyful conversation and after she helped me and we went to check out she asked what it was for. I told her that it was “Wine/Whine on Wednesday” -a tradition in the dorms at VTS. She asked more about it and after learning that I was a seminarian she promptly said, “I knew a girl who went to seminary. She was going to be a minister and everything. We were good friends. I’m an atheist, but I know people who have gone to seminary. Enjoy your wine.”

It was an awkward and somewhat comical interaction. It felt a little bit like a confession. She needed me to know that she is an atheist. It was not said as an invitation to discuss faith, as evidenced by the fact that she walked away from the counter as soon as she was done speaking to me. It was presented with a tone that implied: “This is my atheism shield: do not try to penetrate my defenses, you will not get through.”

If I could count all of the awkward ways conversations end when I meet new people and they learn I am a seminarian I would be up to at least a hundred by now. But I also have those conversations that grow so much deeper and more personal when folks learn of my current station. There is one coworker who confessed her journey of faith and asked how I knew there was a God after I told her I was leaving work to go to seminary. There was a man at the airport who wanted to know what it meant to be an “Episcopalian”after seeing my “SEMINARY” shirt at the airport. There are those “episco-insiders” who ask about the Holy Hill after hearing I am at Virginia.

But for every interesting, deep conversation that results from status as “seminarian” there are at least two awkward, comedic, or sometimes sad ends to conversations that never happened because folks just didn’t know what to think. What this all tells me is that I need to start more conversations. I need to meet more people. I need to do this because there is a funny power that the word “seminary” has over people and the only way to figure out what this power is will be to have more conversations and to remain open to what they bring. Good thing Wine on Wednesday happens every week; I will see my wine store girl again soon.