Sermon for the second Wednesday in Advent

‘Come to me, all you that are weary and are carrying heavy burdens, and I will give you rest. Take my yoke upon you, and learn from me; for I am gentle and humble in heart, and you will find rest for your souls. For my yoke is easy, and my burden is light.’ Matthew 11:28-30 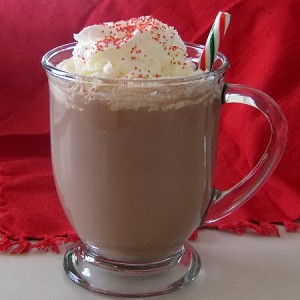 I’ve often heard the expression that something is as refreshing as a cool glass of lemonade on a hot summer day – but I would challenge those southerners that there is actually nothing more refreshing than a hot cup of cocoa on a cold winter’s day. We’ve all felt that chill – those bone cold days when the snow doesn’t seem to end and just as we finish shoveling it is time to start again. Sometimes, as beautiful as a fresh winter’s snow can be it is despairing as well. Walking through Advent’s journey of darkness heading towards light in the winter, therefore, seems fitting.
This image of shoveling to exhaustion also strikes me because Advent seems also to be a season when we decide to become superhuman, and to take on more tasks than are possible to complete. We have shopping lists several miles long, we attend parties and gatherings with friends and family, we decorate our homes, we donate our time and our money, we try to do-do-do because this is the season of giving. But, as my friend Ginny likes to point out – we are human-beings not human-doings. And I think that is what Jesus is highlighting in this invitation to “be.” 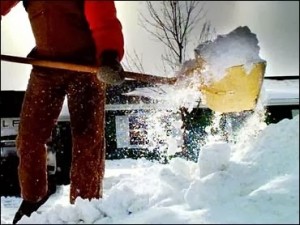 In this passage from Matthew we are hearing Jesus as he instructs his followers who are weary and burdened as Israelites who are tired of the legalistic ways of the Pharisees and Sadducees. The people are at their breaking point as they try desperately to follow the law as they’ve been instructed only to constantly be redirected and told they are falling short. The people want to follow God but the burden of doing so in the supposedly prescribed manner is to heavy a burden to bear. So Jesus tells them of another way. He has been instructing them about how they can be his disciples and missionaries in the world and to illustrate the ways this call is different than what they have come to expect his invitation to follow includes this lovely invitation to rest.
We can believe in this invitation because Jesus himself follows it. If we are truly called to emulate Christ as we follow his example than it is imperative that we go off and rest a while as Jesus did frequently, including at some key points in his ministry. There were times when the crowds were pressing in on Jesus and he said to his disciples that he was going off for a time apart to rest and to pray. Hundreds of people pressing in on the Messiah, yet he still insisted on taking time to rest and to pray.
When we look at this example he set for us it becomes hard to believe that we still find it difficult – and sometimes seemingly impossible – to take time away during which we can rest, refresh our souls, and talk to God. Jesus was walking the earth with the weight of all humanity on his shoulders yet he still told his followers that his burden was light.
I was online last night and a friend shared a documentary with me. It is by the Mimi Foundation and it is called, “If only for a Second.” The short documentary teaser is a project the foundation sponsored where they interviewed cancer patients about their lives. In the interviews the people reported that spontaneity and carefree moments were some of the things they missed the most while they were sick. The foundation then offered each of the interviewees a free spa-makeover with the agreement that they keep their eyes closed during the process so the mirror reveal of their new look would be a surprise. What they didn’t know was that the mirror was a 2-way mirror with a photographer on the other side and the makeover team was actually outfitting them in outrageous wigs and makeup for a big shock. When the participants opened their eyes and saw their ridiculous appearances for the first time the photographer captured the moment and created a book from the images. For that second when their eyes opened they were no longer cancer patients receiving makeovers – they were human beings captivated by joy and surprise.

What could happen in your life if you laid down your burden for just a moment and choose beingover doing? What would happen if you opened your eyes and noticed the wonder around you in a new way? We’ve a long winter ahead and there will be plenty of time for worry and shopping, working and shoveling. Let’s all find a moment to sit down and refresh ourselves by drinking a cup of hot cocoa with God.