A gift of great value

A few weeks ago one of my parishioners emailed me the following story from his commute. With his permission I share it with you now:

Today as I was on the subway coming back from Quincy to my office in Back Bay I was riding the Orange line.  A man who was learning impaired approached me and asked if I had any spare change.  At first I nodded no; he then offered me a gift which was a piece of paper 18”x24” rolled up with an elastic band (he had a handful of them). I declined, but offered him a dollar instead and he was grateful.  He proceeded down the subway car, approaching others and got pretty much the same initial response of the nod, except most looked around to see if anyone else was looking to try to get a mutual smirk, evil smile or an eye roll.   I got so frustrated with myself for not doing more; he wanted to give me something.

He worked his way back to me, and this time I was ready with another dollar bill; I wanted what he was handing out.  So I handed him another dollar and he handed me the gift.  He proceeded to offer me a second one, and I declined (much more politely than last time).  He was probably in his mid 50’s and told me he had been drawing since he was 8 years old.  I told him that I would open it when I got back to work.  He proceeded on, and continued to get the same negative responses.  The suspense was killing me, what was in the rolled up paper, and what was his drawing?  I took off the rubber band and unrolled it and saw what he had drawn. 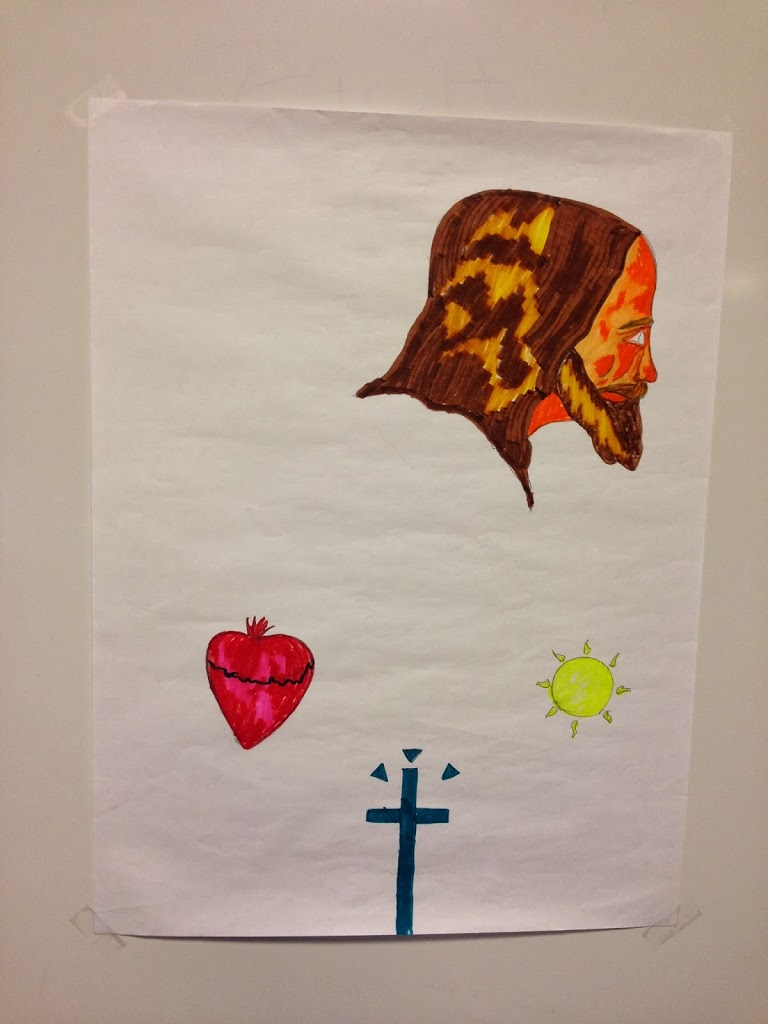 I went back into my wallet and pulled out a five dollar bill, and said “here; this is worth way more than two dollars”.  He again offered me a second one and I declined and told him that he needed to keep them so he could give them to other people.  It turns out, according to him, that they are all the same picture.  He then sat down next to me on the subway and smiled a lot and introduced himself to me, and told me that he had worked so hard on those drawings in his art class today.  I chuckled to myself because others kept throwing me a glance, some were a friendly smile and others were something more of a look of disgust as if to say “better you than me” and if so they were right.
I practically skipped off the subway.